Are you concerned about saving money on a child’s birthday party? You’re not the only one!

Children’s birthday parties are becoming incredibly expensive and photos from elaborate parties are posted on social media, which leads to parents feeling pressured to give their kids something of equal value.

But equal value is pretty unattainable for most parents in the U.S.

According to NBC News, “A recent BabyCenter poll showed that 11 percent of parents spend more than $500 on their baby’s FIRST birthday. (Twenty-five percent spent between $200 to $500.) According to one survey by supermarket retailer Asda, the average parent in the United Kingdom spends $28,000 on a child’s birthdays through age 21.”

However, there are parents in the U.S. that spend that entire amount just on one birthday party!

Rachel Huntington, the owner of the Los Angeles party-planning company Bonjour Fete, tells Business Insider, “We have done kids parties for $350,000, but I would say the majority fall in the $50,000 range.”

Did reading those astronomical figures just give you heart palpitations? They did mine!

Here’s the thing – we don’t have to give our kids an Instagram-worthy birthday party. Kids will be just as happy with a party like the ones we used to have – pizza, homemade cake, and pin the tail on the donkey. They may even like it better.

That said, saving money on a child’s birthday party is possible! You can do it in a way that won’t look cheap (even though it is) and still be just as fun as the over-the-top party the Joneses threw last month.

Saving Money on a Child’s Birthday Party Starts with You

Most of the expensive kid’s birthday parties include the services of a professional party planner.

You don’t need one.

Saving money on a child’s birthday party starts with you. You are the party planner and the money spender.Don’t fall into the trap of believing you need to spend more for your kid to be happy.

As long as your child feels seen, loved, and special on their special day, you’ve done your job.

Sure, consider what your child wants, but then be reasonable about what is possible. If your kid wants an ocean party, you don’t have to book a party at a pricey aquarium and pay for kids to touch stingrays.

You throw a simple ocean-themed party in your own backyard – and the kids will have just as much fun!

Set a budget and then plan your party according to what’s in the budget. Here are the 10 party planning areas to focus on.

Often, the most expensive part of a child’s birthday party is paying for a venue, such as the bowling alley or Chuck E Cheese.

If saving money on a child’s birthday party is important to you, then ax the pricey venue.

Instead, opt to have the birthday party at home or at an inexpensive venue, such as a community park.

If you must book a venue due to lack of space, check out Groupon to see if any local kids’ party venues are offering discounts.

That doesn’t mean you need one.

However, kids do love a themed party.

The good news is that you can throw a themed birthday party without breaking the bank.

For example, if your daughter wants a Frozen-themed party, choose to decorate in icy colors instead of specially made Frozen products.

Back in the eighties, parents threw up crepe paper streamers and taped a few balloons to the back of chairs.

If your child is insistent on having a theme, choose to do a few themed-based decorations, but keep everything else a related color.

For example, if your child wants a superhero party, get plates and napkins from the dollar store that match the superhero’s costume colors (i.e., green and purple for The Hulk).

Also, look online for free printables of characters that you can tape up.

One of my favorite episodes of Gilmore Girls involves Lorelai and Sookie throwing a kid’s birthday party.

At the party, Lorelai is shocked and horrified to discover Sookie only made expensive, fancy, adult food for the party (aka food kids won’t touch).

Again, think about the parties of the eighties.

KC Parent explains, “Full spreads of food are common at today’s birthday parties, but in the ’80s parents often served just cake and ice cream. If snacks were provided, they were likely out of a bag and poured into serving bowls. Popular snacks and drinks of the time were Fruit Roll-Ups, Doritos, Combos, Pop Rocks, Tab cola, Kool-Aid and Capri Sun.”

Stick to snacks for saving money on a child’s birthday party and do your shopping with Ibotta to earn cash back.

[Related Read: How Much is Too Much: Saving Money on Groceries]

Cutting costs on food will help. But there is one food item you cannot skip – the cake.

All kids’ birthday parties need a cake. However, you do not need a three-tiered cake for your child’s fifth birthday party.

A plain sheet cake or ice cream cake from the grocery store will do just fine. Even better, make homemade cupcakes and have the party guests decorate them as one of their activities.

Saving money on a child’s birthday party can also involve rethinking invitations. You don’t need to spend a ton on designer photo invitations and postage.

It is perfectly acceptable today to send out digital invitations using sites like Evite.

7. The Activity or Entertainment

It’s only natural to want your child and the party guests to have fun.

Fortunately, it doesn’t cost much to entertain kids!

Sometimes, the simple freedom to play together is more than enough activity.

Instead of renting pricey bounce houses or costumed actors, plan a few simple games for the kids to play, such as:

Or pick up an inexpensive craft activity that will also serve as a party favor. You can often find inexpensive bulk kids’ crafts on Amazon Coupons.

At some point, it became expected to give each guest a party favor or goody bag.

When it comes to saving money on a child’s birthday party, choose to rethink party favors.

Instead of spending money on items that won’t be appreciated for long, spend money strategically.

Is there something that can be a part of the party that guests can take home, such as a craft activity or cookie decorating activity?

Is there a cool inexpensive item that you can give each child that goes along with the theme rather than a bag full of things? For instance, if you have a butterfly-themed party, can you give each child a dollar store butterfly net?

9. The Time and Date

Saving money on a child’s birthday party often includes carefully considering the time and date of the event.

If you choose a party venue, the price will be higher during prime party hours (weekends). You may be able to rent a venue for significantly cheaper on a weekday.

You can also save a lot of money by planning the birthday party between mealtimes rather than during mealtimes.

If you plan a party during lunch or dinner, you will have to feed your guests full meals.

However, if you plan a party at 2 pm, you’ll only have to serve cake and ice cream.

Wondering How to Save Money on Birthday Parties? Check Your Motives.

Saving money on a child’s birthday party comes down to you.

If these answers are about people other than the birthday child, you might want to reevaluate your plan.

Remember, the party is for your child – not a chance to keep up with the Joneses or impress everyone on social media. As a bonus, this mind shift makes saving money on a child’s birthday party easy!

“Here at Penny Calling Penny, our money saving articles are only a part of our growing library. We’re dedicated to helping you learn to manage your money, no matter where you’re at on your financial journey. Subscribe to our newsletter so you never miss a Penny, and we’ll see you next time!”

Michelle Salater is a freelance financial copywriter with over a decade of experience writing for companies in B2B and B2C. Her passion for personal finance education came from realizing her own toxic relationship to money, healing it, and turning her financial situation around in just 16 months. Michelle is a co-founder of Stop Being Sold®, a community created to transform the way consumers buy financial products. When she’s not in front of her computer, she’s reading biographies and exploring remote areas of Mexico.
See author's posts

Michelle Salater is a freelance financial copywriter with over a decade of experience writing for companies in B2B and B2C. Her passion for personal finance education came from realizing her own toxic relationship to money, healing it, and turning her financial situation around in just 16 months. Michelle is a co-founder of Stop Being Sold®, a community created to transform the way consumers buy financial products. When she’s not in front of her computer, she’s reading biographies and exploring remote areas of Mexico.
See author's posts 4th of July Deals on Electronics, Fashion, and Food 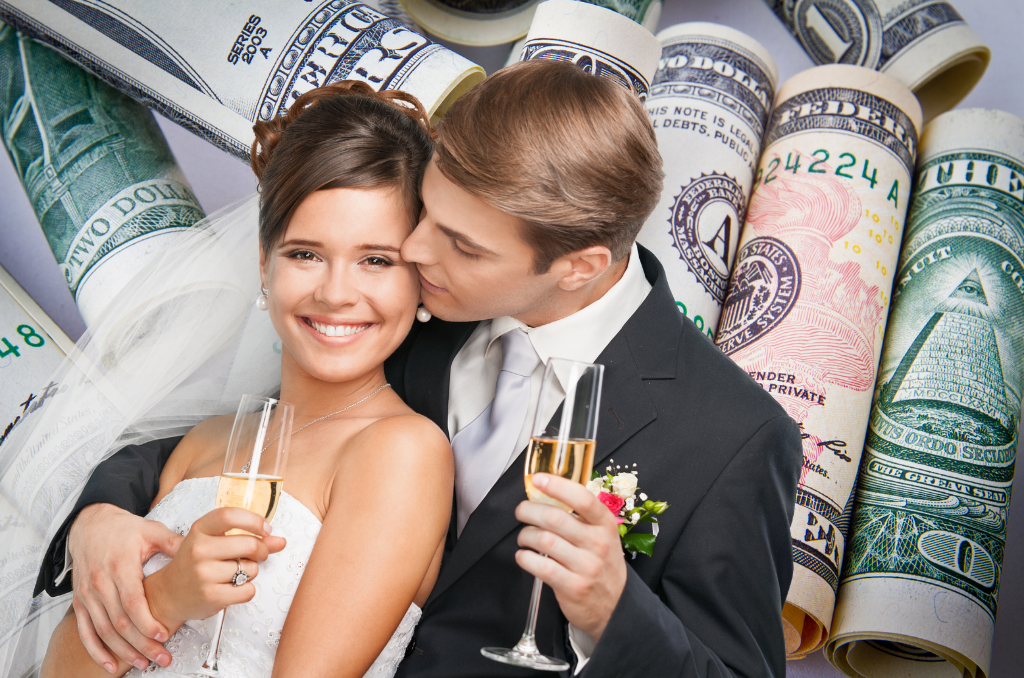 8 Best Ways to Save Money on Wedding 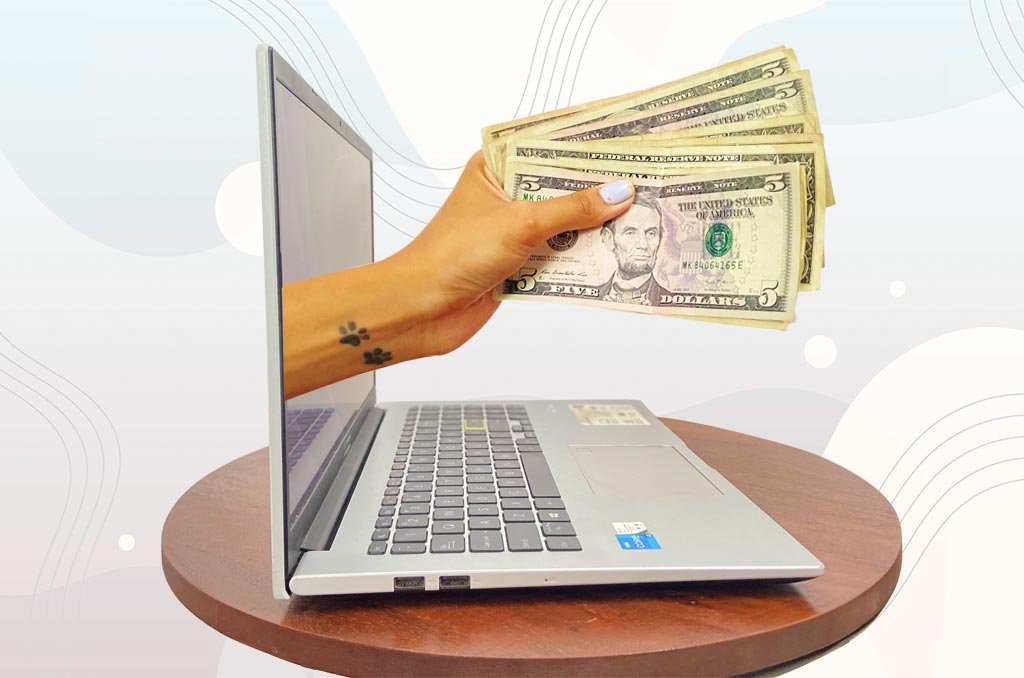 Best Way to Save Money on Technology